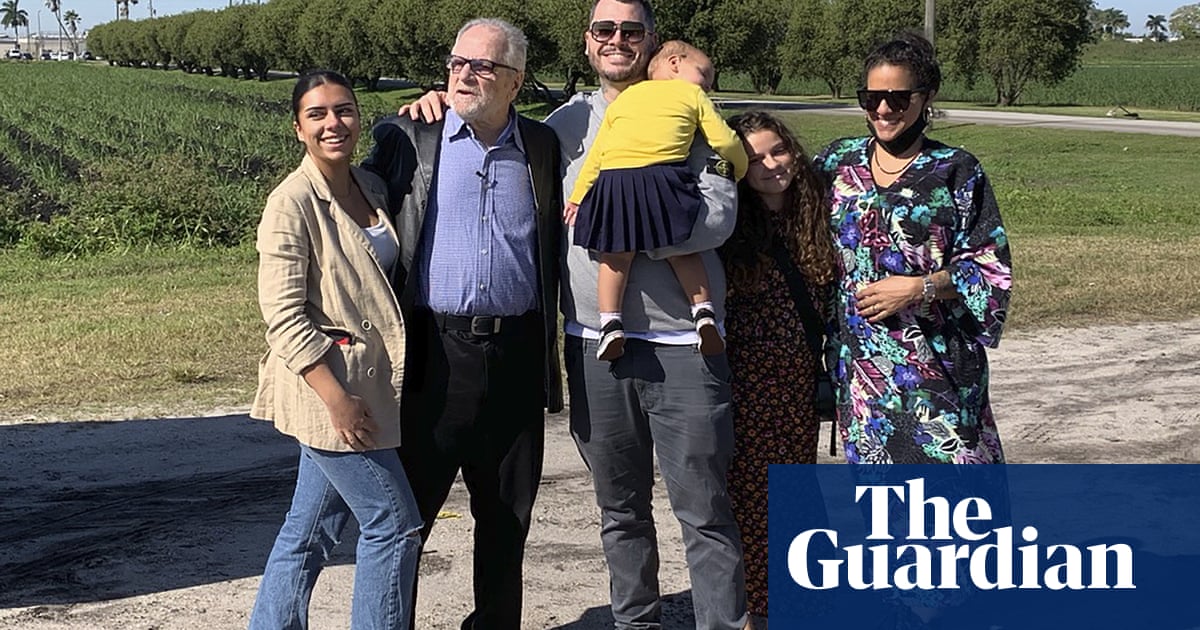 A man believed to be the longest-serving inmate for non-violent, marijuana charges has been released from a Florida prison, and is set to spend the holidays with family for the first time in more than 31 years.

Richard DeLisi walked out of a correctional facility in Palm Beach county this week “grateful to everyone who [had] been there” and expressing appreciation for supporters and criminal justice reform advocates who say the now 71-year-old’s release was long overdue.

“It was so unjust what they did to me,” DeLisi told Florida’s Ledger newspaper. “I just hope that I can help other people that are in the same situation.”

Along with his older brother, DeLisi was sentenced to a 90-year prison term in 1989 after being convicted trafficking more than 100lb of marijuana from Colombia – as well as conspiracy and racketeering charges.

Both brothers received three, consecutive 30-year convictions, which well exceeded judicial guidelines for recommended sentences at the time. Criminal justice experts pointed to the sentence as part of the lingering “war on drugs” that saw incarceration rates rise sharply for low-level drug offenders in the 1980s and 90s.

While his brother eventually appealed and was released from prison in 2013, DeLisi’s appeal was rejected. He left prison this week ahead of a scheduled June 2022 release.

In a statement, DeLisi said it felt “amazingly wonderful to know that [he] will be home with family and loved ones very soon”.

Those family members won’t include his wife, parents and son, however. They all died in the 31 years since DeLisi’s sentencing.

“I have missed so many important moments,” he said, noting he was “thrilled that this dark chapter of [his] life is finally over” and he can now reunite with his two surviving children and five grandchildren.

The Last Prisoner Project, which advocated for his release, is a non-/profit group calling for reforms in criminal justice – particularly for people serving long sentences for non-violent, cannabis-related crimes.

Just days prior, the US House of Representatives voted to decriminalize marijuana nationally to “address the devastating injustices caused by the war on drugs”. Legal scholars don’t expect to bill to pass if picked up by the current Republican-controlled Senate.

Momentum could change, however, with an incoming Joe Biden administration that has stopped just short of supporting federal decriminalization while vowing to address racial and economic inequities created from its criminalization.

Nearly one in five people in the US are incarcerated for drug-related crimes, according to the Prison Policy Initiative. The US maintains the highest incarceration rate in the world.

DeLisi told the Associated Press he wants “to make the best of every bit of [his] time” spent behind bars fighting for the release of inmates just like him. “The system needs to change,” he said, vowing to “try [his] best to be an activist”.