If you’re new to hemp wellness products, you may have wondered, “does CBD get you high?” It’s an honest question, and you’re not the first to ask. As one of the companion cannabinoids with THC, it’s worth wondering if it might have the same effect.

The answer is no, CBD oil does not get you high, and it doesn’t have any psychoactive properties.

Hemp and marijuana both come from the cannabis plant, but they are different strains grown for different purposes. THC, the drug is known for getting people high, is found in marijuana which is bred for recreational purposes. On the other hand, hemp is cultivated to have little to none of those properties. Instead, it is grown for its textile fibers and other cannabinoids.

All hemp products will contain some amounts of the cannabinoids, but CBD products generally come from plants with only trace amounts of THC. Does CBD get you high? No, but it has some amazing other properties that we’ll explore in this blog. 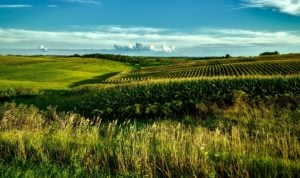 While studying the effects of THC back in the 1990s, scientists would give test subjects doses of marijuana to see how it influenced their minds and bodies. As expected, marijuana caused activity in the brain, but it didn’t stop there. It turns out that cannabinoids affect areas all over the body. There was a network that connected the brain and nervous system, and it was influenced by cannabis.

This new system was named the endocannabinoid system (ECS). As one of the oldest evolutionary developments in mammals, it can affect all sorts of processes throughout the body. When triggered, the ECS releases endocannabinoids which can help the body relax, heal, grow, rest, and stay calm.

The ECS is entirely self-sustaining. With no outside help, it produces endocannabinoids which are metabolized by its own receptors. Once the process comes to a close, the body sends out enzymes to come in and clean up whatever’s left behind.

The endocannabinoid system is made up of just two compounds. However, the cannabis plant has many different cannabinoids, each of which can affect the body in profound ways. While THC is known for getting people high, it is the only cannabinoid to do so. There are others that have anti-anxiety and anti-inflammation properties, and they may even be able to help the body regenerate.

CBD is the other major cannabinoid, followed by CBG and CBN. When they work together, you can enjoy the benefit of a calm, relaxed, and fulfilling sensation.

How Cannabinoids Aid the Body

Your body is a circulating system that handles all kinds of different tasks. The brain is responsible for sending out signals that trigger hormone production, and those hormones do different things like contract muscles, elicit emotional responses, sweat, and more.

The ECS functions the same way. Of the few studies out there, research has been promising in showing how CBD can ease pain and inflammation while reducing the presence of free radicals. It may even play a role in slowing harmful, mutative growth. The future of cannabis research is promising.

One known effect of CBD is that it targets and inhibits cytochrome P450, which is a brain structure that regulates how quickly enzymes are sent out to stop hormone production. This is done so that hormones don’t endlessly grow, as that would cause all kinds of problems.

Cytochrome P450 is tasked with triggering the production of those enzymes. By slowing down its responses, CBD can help the ECS keep going for longer periods. This means more calm and relaxation before the process is stopped.

Basically, CBD doesn’t cause your body to do anything unusual. Instead, it allows the brain to continue producing its own endocannabinoids for longer than it normally would.

CBD is a safe, non-toxic supplement with virtually no risk of overdose or addiction. This is what makes it a great candidate for daily use. It also makes it a viable solution for medical purposes. Because CBD isn’t psychoactive, it has been approved by the FDA for use in treating severe forms of epilepsy.

Unlike THC, CBD can provide all the benefits associated with cannabis without causing you to feel uncomfortable or out of control with your mind. Because it’s so hard to overdose on CBD, it is safe to use every day as a wellness supplement. This may be why more and more people are using it.

What CBD Actually Does 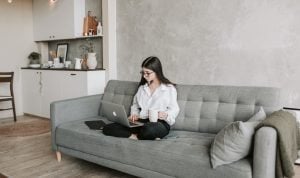 Now that we’ve established that CBD does not get you high, let’s go over some of what it can do. As a natural anxiolytic (anti-anxiety), it has been tested as a potential remedy for some of the toughest conditions out there.

Ailments like chronic fatigue syndrome, fibromyalgia, and irritable bowel syndrome have presented a unique challenge to doctors because they seem to be more related to mood and stress than other conditions. This makes it tough to treat them with conventional prescription medicine.

Along with cannabinoids, the cannabis plant produces other substances which can be of benefit. Terpenes, as they are called, are grown by the plant to attract natural predators that will eat their flowers and spread seeds elsewhere in the environment. These terpenes also serve therapeutic purposes, which is why it’s important to purchase quality, broad spectrum CBD whenever possible.

CBD can do a lot of things, but it isn’t a miracle drug and should not take the place of prescription drugs ordered by your doctor. However, if CBD oil seems like something you want to try, it’s important that you buy something that will actually work.

There is hardly any regulation in the wellness supplement market. As a result, opportunist vendors sometimes get away with selling products that do not work as advertised. In some cases, these products don’t even contain real CBD.

But while there may not be any regulation on supplements, there are restrictions when it comes to growing practices. This is why it’s important to always buy organic.

Organic growers are held to strict standards about which products they can use with their crop, resulting in better, healthier supplements for buyers. Still, even organic products sometimes miss the mark. The best way to ensure you’re getting a good product is to read its lab report.

Lab reports come from third-party testing labs to tell you exactly what you’re getting. Along with noting the presence and quantity of cannabinoids like CBD, a lab report will also tell you if there are any synthetic pesticides or fertilizers present. These are important things worth knowing.

Will CBD get you high? No. Instead, it can be an important part of your daily wellness regimen.

Ready to shop our best-selling CBD oils?
Click here to have one shipped to you today.