Good to see that in Florida legislators have little time for poorly peddled tropes from the past.

Unfortunately in places like Australia both the government and parts of the medical profession still hold views similar to Ms Madras close to their heart. She should get a job at the university of Qld they would love her there. She would get on well with Dr Gary Chan who spends most of his waking hours re-hashing scare tactics from the 1950’s on cannabis use 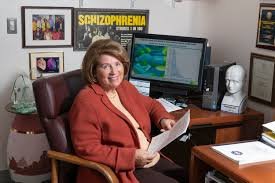 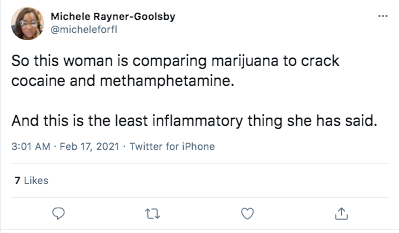 Madras drew criticism from Rep. Michele Rayner via Twitter after the professor compared cannabis to crystal meth or crack cocaine.

Representatives were quick to question professor of psychobiology Bertha Madras‘ assertions, including one in which she linked cannabis and psychiatric symptoms among youth, including schizophrenia.

“People who go into the emergency department with psychosis, due to their initiation into marijuana use, and they continue to use, they’re more likely to convert to full-blown schizophrenia, and the conversion rate is between 20% and 40%,” she said.

However, scientists are split on correlation and causation, which Madras acknowledged, meaning there is no backing to suggest cannabis use causes schizophrenia. Representatives challenged Madras for seeming to present the link as cause.

According to the Centers for Disease Control and Prevention, “use of marijuana at an early age can affect memory, school performance, attention and learning; conclusions have been mixed regarding its impact on mental health conditions, including psychosis, depression, and anxiety.”

I’m not sure if I should start running for the hills, or running for a dispensary to relieve my anxiety around so much of what’s been presented,” said Rep. Carlos Guillermo Smith. “We have to be very careful about not conflating there being a causality here. … Currently, we have a medical cannabis program, but we already know that the physician needs to basically acknowledge that the benefits outweigh any of the risk.”

Smith took his discontent with the presentation to Twitter, writing that the “so-called ‘expert’” was “pushing misinformation.” He added that Madras “also doesn’t even believe cannabis is medicine” and linked to an op-ed she penned in The Washington Post.

“Why are we listening to her again? Where are the credible experts?” Smith continued. 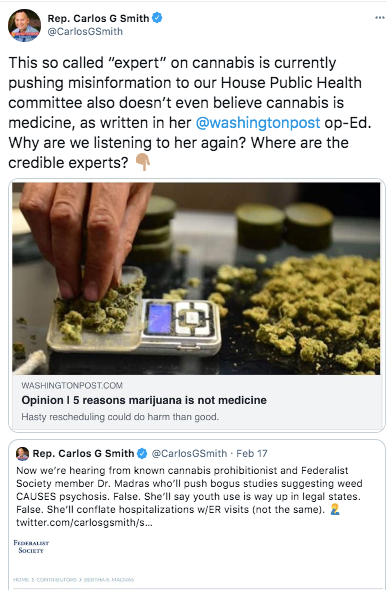 Read the full article at. https://floridapolitics.com/archives/404076-lawmakers-challenge-professors-controversial-cannabis-presentation