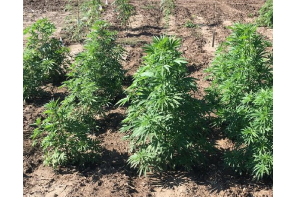 The road to legalization for CBD in the US has been a long one, but proponents of legalizing cannabis have seen several major steps forward in the last couple years. In July of 2020, the FDA submitted their CBD enforcement policy, the Cannabidiol Enforcement Policy Draft Guidance for Industry, for review and approval by the White House Office of Management and Budget (OMB); unfortunately, this document was withdrawn on January 21st of this year without being approved, and the approval process will have to begin a second time.

The day after inauguration, Biden’s administration put out a memo directing every federal agency to withdraw any unapproved policies. Since the FDA’s CBD policy was one of these documents, it was withdrawn along with all the rest. Most (if not all) of these policies will be re-written to reflect the new president’s goals, especially since some of them were already on their way to being approved by the Trump administration. The new CBD rules, for example, had already been the topic of discussion between the OMB (under the old administration) and CBD manufacturers and retailers, such as retail giant General Nutrition Centers and GW Pharmaceuticals.

Since the new rules will need to comply with Biden’s vision for US healthcare, not Trump’s, it’s assumed that some changes will have to be made before approval. The FDA isn’t legally obligated to instate the new policy within a certain timeframe, but it’s been acknowledged that the growing rates of pharmaceutical cannabis consumption make this an important issue.

It’s been less than a month since the policy was taken off the table – the FDA will have to re-draft the regulations for the new presidential administration. After that, the regulations will once again be submitted to the OMB. Once the OMB approves the policy, it could be publicly released in just a few weeks. So far the FDA hasn’t disclosed the contents of the regulations, but the main goal is that standards are in place – the details aren’t really a point of discussion compared to the need for basic regulation.

The Office of Management and Budget ensures that any policy passed by a federal agency is in line with the goals of the current president. Since the FDA is one of those federal agencies, their policy has to go through the OMB before it’s released or enforced. Because these are some of the first regulations of their kind for CBD-based pharmaceutical products, they could set an important precedent for other regulations that will eventually be passed for products like dietary supplements made with cannabis.

Positive developments for CBD producers in 2021

This year has barely begun, and the cannabis industry as a whole has already gotten some bad news with the FDA enforcement policy being pulled off the table; but that’s not the whole story. On the production end of the industry, things have improved quite a bit.

After two years of having to deal with confusing state laws and interim regulations, the USDA has finally announced the official regulations regarding the production and testing of hemp, or cannabis with a THC level at or below 0.3%. The most anticipated change has to do with the disposal of crops that go above the acceptable level – after all, these plants are being grown for medicine, not recreational use. Under the USDA’s interim rules, farmers ended up relying on outside help to get rid of their “hot hemp” – plants that exceeded the 0.3% THC limit. Typically, this outside help would be either federal or state agents – people who are licensed to dispose of Schedule 1 substances. The farmers would have to coordinate with law enforcement, who would take the illegal plants off-site and destroy them.

The issue with this approach was that it was costing farmers about $200/acre, while traditional methods existed that made more sense and were much cheaper – only $14.25/acre. The new USDA regulations allow farmers to take care of the offending plants themselves, using several different methods:

Since all of these methods would render the hot hemp unusable, there’s no danger that it could be collected and sold illegally. Farmers have to file reports with their state regarding the hemp they dispose of, and the state has to share these records with the federal government in 30 days.

There are a couple of notable exceptions to the rules: updated disposal protocols only apply to plants that exceed the legal limit of THC, and USDA-licensed growing sites still have to rely on law enforcement or DEA agents to dispose of their hot hemp. Plants that are destroyed because of disease or poor health, pests, weather events, or cross-pollination management practices can be disposed of using any method the farmer prefers.

Ultimately the goal is to create safer, ingestible CBD products, such as the Pachamama CBD Black Pepper Turmeric from retailers like Premium CBD Supply.

While bureaucracy and political changes might have gotten in the way of much-needed regulations so far in 2021, hopefully that will change soon. With any luck, the FDA will get the ball rolling again, and the CBD industry can keep moving onwards and upwards.