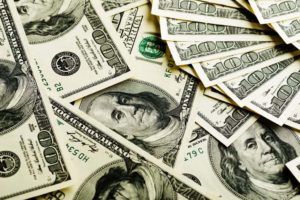 Chewing gum heir William “Beau” Wrigley Jr., the CEO of Atlanta-based Parallel, struck a mammoth deal with an entertainment mogul to take the cannabis multistate operator public through a transaction that values the company at $1.9 billion.

A group of investors, led by existing Ceres and Parallel investors, have committed to the deal through an oversubscribed private investment in public equity (PIPE) of $225 million at a price of $10 per share at closing, according to a news release.

Other investors include institutions and private family offices in the United States and Canada.

The combined public company is expected to have a $430 million cash balance at closing, the release noted. That includes $120 million of cash held in Ceres’ escrow account, assuming no redemptions.

Wrigley will continue to serve as Parallel’s chair and CEO, while Braun – who has managed notable acts such as Justin Bieber and Ariana Grande – will serve as a special advisor.

The deal is expected to close this summer.

It must be approved by shareholders of both companies, U.S. and Canadian regulators as well as the NEO Exchange and over-the-counter markets, where Ceres currently trades as CERE and CERAF, respectively.

Parallel has 42 dispensaries in five states –-Florida, Pennsylvania, Massachusetts, Nevada and Texas – and forecasts $447 million in 2021 net revenue, according to the release.

Parallel also announced that it intends to enter into a partnership with Cookies, a cannabis company from California’s Bay Area that has established itself as a recognizable flower brand in several states.

The release said the collaboration – subject to the approval of the Nevada Cannabis Compliance Board – will strengthen Parallel’s presence in Las Vegas.

“We believe Parallel is ideally positioned for its next phase of growth, as we continue to build our presence in strategic markets and invest in innovation, R&D and the customer experience,” Wrigley said in the news release.

“As a public company, we will have access to capital to grow our national footprint through new licenses and M&A, improve our cultivation and production capacity, expand our established retail footprint, develop and launch rare cannabinoids products with therapeutic benefits, and conduct important clinical research in partnership with the University of Pittsburgh School of Medicine.”

Omar Sacirbey can be reached at [email protected]